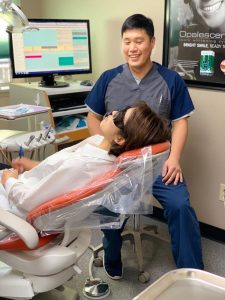 Your Dentist Near Fircrest

It is our goal at Puget Sound Dental Clinic to offer the very best dental care to our patients.

We work hard to keep our office up to date with the latest dental technologies. We also support our staff continuing its education so we are giving you the very best care that dentistry has to offer. We want to make sure that you have a smile of which you can be proud.

We are dedicated to your comfort when you visit our office. We strive to give you a safe place to talk about your health. Our entire staff can help answer any questions you may have, no matter how silly you think they may be.

Fircrest is a city in Pierce County, Washington, United States. The population was 6,497 at the 2010 census.

Fircrest was officially incorporated on September 19, 1925. Like its neighbor University Place, it is a middle-class suburb of Tacoma. The community was developed by Edward Bowes, who later gained fame as the host of the Major Bowes Amateur Hour radio talent show. The town attempted to associate itself with academia by naming a number of its streets after universities (e.g. Princeton, Dartmouth, Yale, Vassar, Stanford) and was originally known as Regents Park in a reference to the regents of a university.

Source: Wikipedia
Dental Implants
Besides giving you a better smile, dental implants can help with good dental health. Food, plaque, and bacteria build up easily when you have missing teeth.
Cosmetic Dentistry
It is always our goal to give you a smile you can be proud of, so we offer cosmetic dentistry to correct any problems you may be having with your teeth.
Bridges and Crowns
Many patients lose teeth as they age. This can actually change the way your mouth looks and functions. It also can change the look of your face.
Dentures
After you start to lose your teeth, you can have problems. Your teeth and bones will start to shift, causing you to have trouble eating.

Monday - Friday
8am - 5pm
Saturdays by appointments only

Font Resize
Contrast
Accessibility by WAH
Call Us Text Us